The New Democrats Have Become Anti-Jewish/Anti-Israel 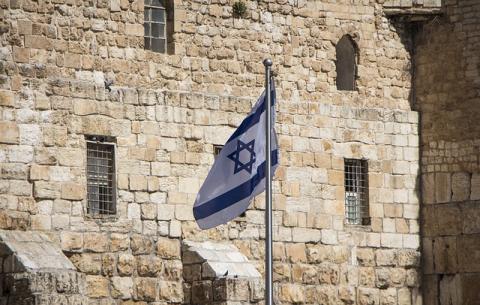 The New Democrats Have Become Anti-Jewish/Anti-Israel

If anything is more telling today in politics, it’s the lack of response by the Democrats to stand up for the Jewish people.  Of particular disgust, is the most recent insult hurled upon the state of Israel and the memory of the millions of Jewish people who suffered and died in the Holocaust, when Alexandria Ocasio-Cortez stated that the “U.S. is running concentration camps on our southern border.”

In lock-step with the new socialist Democrats, this “open borders” zealot has compared temporary American processing centers for people who come here voluntarily to the Nazis’ midnight round up of Jewish people at gun point and their subsequent torture and gruesome death by starvation, poison gas, or firing squad at Auschwitz, Buchenwald, and Treblinka to name a few.

It’s not only demeaning, ignorant, and untrue, it’s just not a serious comment for an elected official to say and continue to justify in an endless stream of incoherent tweets.

And that brings us to Minnesota Democrat Representative Ilhan Omar’s crack about “I should not be expected to have allegiance/pledge support to a foreign country in order to serve my country in Congress or serve on committee."

Accusing Jews of having allegiance to a foreign government is a vile anti-Semitic slur used to harass, marginalize and persecute the Jewish people.

The Democrat’s long history of hate and bigotry toward the Jewish people in America is not a new development.

In fact, the first Jewish Supreme Court nominee, Louis Brandeis, was bitterly contested by Justice William O. Douglas, a staunch Democrat, who wrote “. . . the fears of the Establishment were greater because Brandeis was the first Jew to be named to the Court" in 1916.

Even the great champion of the Left, President Franklin D. Roosevelt, refused permission for the SS St. Louis to unload some 900 Jewish refugees seeking asylum from Nazi Germany right before the outbreak of WWII in 1939.

The St. Louis had to return to Europe where some 255 of the original passengers were killed as the Nazis swept across Western Europe.  Sadly, a vast majority of them died in real concentration camps.

Now, as we fast forward to today: of the seven U.S. Senators running for president in 2020, five are not co-sponsors of S. 720.

S. 720, The Israel Anti-Boycott Act, opposes the United Nations Human Rights Council resolution of March 24, 2016, which urges countries to pressure companies to divest from, or break contracts with Israel.

Likewise, of the four Representatives in the U.S. House running for president three are not co-sponsors of that chamber’s companion bill, H.R. 1697.

Boycott, Divestment, and Sanctions (BDS) has become the Left’s new battle-cry to undercut the security of the state of Israel, and that’s dangerous!

The new Democrats, and their socialist agenda to stifle the Jewish people’s economic progress is a form of economic warfare targeting Israel and American companies doing business with the Jewish state.

Any candidate running for president must be committed to strengthening, protecting and promoting the U.S.-Israel relationship in ways that enhance the security of the United States and Israel.

It is up to FedUp PAC supporters and all other conservatives to demand our political leaders support Israel to the best of our ability.  That’s because Israel is our first line of defense against radical forces in the Middle East that want to see the total destruction of America.

The new Democrats anti-Jewish/anti-Israel actions and statements are dangerous to all Americans.