The Democrats Want to Steal Your Second Amendment Gun Rights 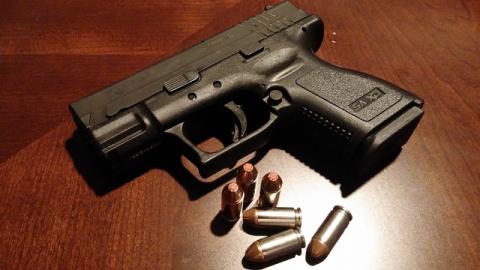 That's one of their highest priorities if they win the election

The Democrats aren't talking about "gun control" this year. Instead they're all for "gun safety," "strengthening gun laws," and "making communities safer." Don't let them fool you, however. Now more than ever, the party that has been taken over by radical extremists wants to grab your guns, step by step, but as rapidly as possible.

It is our job to warn voters that their Second Amendment gun rights are at stake. We cannot depend on other political action committees to do that.

In Ohio's recent special election, for example, the Republican candidate for Congress barely eked out a victory in a district that President Trump had carried by 11 points in 2016. Why was the race so close? One reason was that the House GOP's super PAC spent $3 million against the Democrat, but not one of its ads made an issue of his support for gun controls.

That is why grassroots conservatives must take the initiative and expose the Democrats' deceptive camouflage on the gun issue. And make no mistake about it. This is one of their highest priorities if they win control of Congress. A recent Wall Street Journal/NBC News poll found that Democrat voters rate gun control their second-most-important political goal after government health care. Among Republicans, the issue was in fifth place. That sort of complacency spells disaster!

Indeed, gun controls have become a mandatory litmus test for Democrat candidates, along with support for abortion and same-sex marriage. House Democrats are counting on 63 candidates to "flip" the House from Red to Blue. Of these, 62 support gun controls. (The lone dissenter is just not suicidal. Trump won the district in which he's running by 50 points.)

And the gun-control movement has plenty of money. One of the most active new groups is Moms Demand Action for Gun Sense in America. These "Moms" have a generous Sugar Daddy—Michael Bloomberg, the leftist billionaire mayor of New York City, who has opened his wallet for them.

The gun-grabbers have the money, but we have the voters—IF we get them to the polls in November. Let's see that we do. We must let the voters know that our Second Amendment rights are at stake. Because they are.