How the Anti-God, Elitist Socialist Democrats Plan to Fool the Millennials to Vote for Democrats in 2020 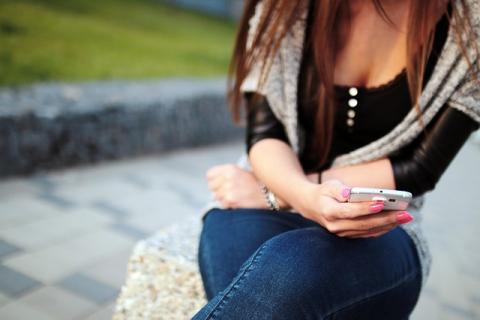 How the Anti-God, Elitist Socialist Democrats Plan to Fool the Millennials to Vote for Democrats in 2020

Millennials, those reaching adulthood roughly around the turn of the new century, may soon be America's largest voting bloc.  That makes them a prime group for recruitment in 2020 for the Democrats. The trouble for the Left, however, is that millennials tend not to vote due to their lack of trust in political leaders of all stripes.

But fear not, the radical socialist Democrats have a plan.

To fool skeptical millennials, Democrats have to craft their socialism in terms that appeal to young people. Words like "fairness" and "economic justice" and "Green New Deal" are more attractive than old school socialism. After all, where on the planet has socialism ever worked?

Too young to remember Cold War socialism in Russia, China, Vietnam, Cuba, millennials today see headlines about starving people suffering in today's North Korea and Venezuela, which discredits socialism but not their sense of fairness or economic justice. Likewise, the catastrophic Deepwater Horizon oil spill in the Gulf in 2010 branded fossil fuels as dangerous and toxic in the minds of many.

So the lure of environmentally sensitive policies has a certain cache. It’s imperative to save the world from ourselves, and that one of government’s top priorities is to protect the environment at whatever the cost.  The “Green New Deal” will do just that, but only if the Democrats are in control.  The fact that such a scheme would bankrupt the federal budget and destroy numerous successful industries is of no consequence.

Yet, thinking this strategy can attract young voters, Democrats even advocate lowering the voting age from 18 down to 16 to increase their voting numbers.

Because they are skeptical of politicians, who claim to have the answers to what ails America or make promises they don't keep, attracting jaded, idealist millennial voters is a huge challenge. Not without reason, they feel politicians sell themselves to the special interest donors who fund their campaigns rather than look out for the best interests of regular people like themselves. Millennials feel alienated from the American political system. Some voted for Barack Obama, for example, only to be disillusioned by the kid gloves treatment given the Wall Street special interests during the financial crisis. So they tune out and fail to turn out on Election Day.

The Democrat Party's 2020 candidates for the White House and the policies they've put forth in Congress have exposed the Democrats as unhinged, radical socialists who often pretend to be moderate or centrists or who cloak their extreme ideas in socialism by another name to fool the American public.

True, some of the Democrats now running for president openly flaunt their left-wing credentials to win the primaries, often trying to outdo one another to attract the Democrat Party's base of socialist voters and donors. The greed and envy appeal of get-something-for-nothing, consisting of free healthcare, free college tuition, a guaranteed income for those refusing to work, and reparations for slavery, while the "rich" are taxed to pay for their promises, is a pitch to the Democrat base. It can still pull, especially those who have an indignant sense of entitlement nurtured by the Democrat's victimhood ideology. And any candidate who doesn't go along with the radical feminism's demand for tax-paid, late-term abortion is automatically disqualified by the base.

Even so-called centrist Joe Biden, who has a positive score of 80 out of 100 from the left wing Americans for Democratic Action for his final year in the Senate and a lousy lifetime average of 12.67 out of 100 from the American Conservative Union, tries to straddle both the middle and the left. But the path each candidate takes depends on how they view the American electorate, and how they intend to fool a majority of voters.

The out-of-the-closet, proud-to-be-radical candidates think America is ready for socialism, and their only disagreement is whether to use that specific term. The kids don't study history, but some old folks may have intact memories.

The Democrats in the "centrist" group may pretend publicly to believe that Donald Trump won in 2016 because of meddling by Vladimir Putin. But in their hearts, they know they are wrong, and Trump won because he and his policies appealed to the forgotten working class—what we used to call "Reagan Democrats." So their goal is to convince those Hillary Clinton called deplorables that the party of Silicon Valley and Wall Street hedge fund billionaires and all the leftist identity groups is also—voila!—their party. It's a big order, but they do think the deplorables are stupid enough to buy their charade. In their thinking, that goes for disengaged millennials, too.

Conservatives don't have to concede young voters to the left. We can compete for the votes of idealist millennials just as Ronald Reagan's strong leadership and sunny optimism won him a majority of young voters in 1984. Today, we must expose radical policies like the Green New Deal as the elitist lie it is with its false promise of outlawing fossil fuels in 10 years, which would destroy the economy and lessen the opportunity for those new to the workplace. It would also take away American's freedom of mobility by forcing us to wait for a bus rather than drive their own car. Show millennials the actual policy ramifications of the socialist elites out to run their lives, and Green New Deal socialism won't sound so attractive.

When it comes to fairness, what is fair about the socialist promise to provide a paycheck to lose who refuse to work? Are millennials so different from their elders that they want to work to support those who refuse to work? That is like a college professor giving every student a grade of "A" whether or not they study, turn in their term paper, or even show up to class. Now THAT'S UNFAIR!

On social issues like abortion, conservatives can make a persuasive case as well. Both young and old understand that taking the life of a baby up to the moment of birth is immoral. There is a viable human being in the womb about to be born, and killing that new life by crushing the skull or severing the spinal cord is infanticide, not so-called women's healthcare as the radical feminist left likes to misname it.

The conservative message of taking away the undue influence of special interests in our nation's capital by "draining the swamp" to return power to the people should strike a responsive chord in young voters who think the system is broken and unresponsive to regular Americans like them. FedUp PAC's essential task before Election Day is to make millennials aware of how socialist policies will affect their lives. If we are successful in getting the word out, we can both motivate disaffected young people to go to the polls, and we can win their votes as well.