An Open Letter to Conservatives 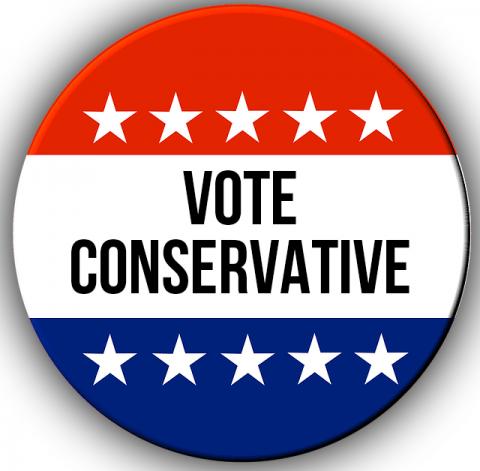 I'm anxious to get information and advice from conservatives like you. Why?

Because we conservatives hold the key to whether President Trump or an open borders, dangerous, elite socialist Democrat will be elected President in 2020.

The reason we conservatives are so important to President Trump's reelection and conservative candidates for Senate, House, Governor, etc. is that they cannot depend on weak, content-free establishment Republican leaders including those at the Republican National Committee and the Senate and House Leaders.

And of course, you know how bias the main stream media is. So if independents and other swing voters are going to learn the facts of the dangerous new Democrats, it will be up to us Conservatives.

Your answers to my brief survey (for Conservatives only) will help me and my political marketing team develop, design, and deploy our media ads, including videos and internet ads (YouTube, Facebook, Twitter, etc.) and the new and alternative media, which is where most independent and swing voters get their news.

In the 1960s and 1970s, I pioneered the Direct Target Marketing Method that helped elect Ronald Reagan, build the conservative movement, and most recently, helped to elect Donald Trump.

For months, I've been working on a plan for conservatives to use NEW AND ALTERNATIVE media to bypass the very biased and elite mainstream media to BRAND the Democrats as open borders, anti-God, pro-taxpayer partial birth abortion, elite socialists.

Your answers to my 12 question survey (takes about 2 minutes) will help me and my team finalize our plans.

Why my emphasis on Independent and swing voters?

Whichever candidate wins a strong majority of the Independent voters in November 2020 will almost certainly win the Presidency and Congress.

If Independent/Swing voters vote strongly for President Trump, and other Republicans. Democrats are not going to win the Presidency.

And we can make this happen in 2020 with your help and other Conservatives I'm writing to today.

Using NEW AND ALTERNATIVE media, we'll bypass the liberal mainstream media and target our message to Independent and swing voters.

But I can't start this project that I've named Conservatives educating voters until I get replies to my letter. Click here to go to your survey.

Also, I will study the results by region of the country. I may need to use different types of NEW AND ALTERNATIVE media in different parts of the country, depending on how people like to receive their news.

However, it's the Republican leaders that are failing to lead in defending President Trump against Democrat political attacks, just as they have failed to lead in other political and cultural wars.

So, it's up to grass roots conservatives to make sure voters understand what's really at stake in the 2020 election.

In the Democrat 2012 Presidential convention, the delegates boo'd the attempt to put God in their platform. This information and much, much more needs to be shared with Independent/swing voters.

To launch this project to inform a minimum of 20 million Independent/Swing voters about the radical Democrats agenda before the 2020 Presidential election, I will need contributions totaling about $250,000. Of course the budget for the entire project will be much larger, but I need $250,000 quickly to launch the first wave of ads.

The first monies will be used to make 4-5 videos and test them in 8-9+ states, research, write, and print books, booklets, mini-books, and pamphlets. We will also produce and run newspaper ads in key publications.

Because we act independent of all political campaigns and candidates, there is no limit on the amount of a donation to FedUp PAC and we can receive corporate donations of any amount.

P.S. All donations are important and will help. Remember George W. Bush beat Al Gore for the presidency in 2000 by 537 votes in Florida. Getting just a few more percentage points among independent/swing voters in 2020 could very well be that margin of victory!

P.P.S. As you may know, I am credited with pioneering in the 1960s and 1970s the direct mail and direct marketing methods that helped build today's conservative movement.

I know how to defeat radical left-wing Democrats and elect conservative Republicans. The one thing I lack is the money to launch our under-the-radar campaign to bypass the bias mainstream media with our message that can influence millions of Independent/Swing voters to vote Republican, leading to a landslide victory in 2020 for the Presidency, adding to our majority in the U.S Senate, regaining control of the U.S. House of Representatives, and picking up more Governors, etc.