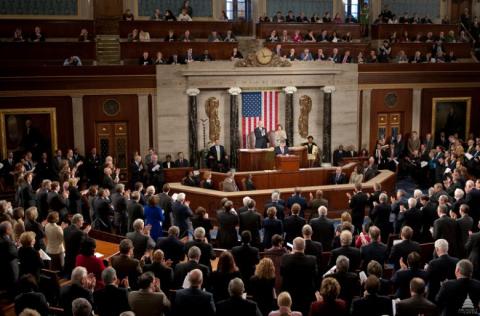 Conservatives believe that the surge in socialism among Democrats shows a genuine shift in the party’s ideology and will be demonstrated in policy if Democrats win control of Congress, according to a poll by FedUp PAC.

Amost 98% say that “Democrats are moving rapidly to become a left-wing socialist party,” while less than 2% expect Democrats to merely continue the liberalism of the Obama years if they regain power.

Since the 2016 victory of Donald Trump, leading Democrats have been moving to the Left.  The trend has been especially obvious among those believed to be planning to run for president in 2020.

Pressure from Democratic primary voters has pushed Democrats to endorse “single-payer” government health care, abolition of Immigration and Customs Enforcement (ICE), open borders, a guaranteed government “job” and paycheck for anyone unable to hold a real job, doubling the minimum wage from $7.25 to $15 per hour, taxpayer funded abortion, severe restrictions on First and Second Amendment rights, and allowing the next Democratic president to pack the Supreme Court by expanding its size.

A recent article in The Hill, a newspaper specializing in government news, was headlined “Progressives poised to shape agenda if Dems take back House.”  It quoted various Democrats explaining how the party’s left-wing would “play a pivotal role in the next Congress if Democrats take back the House in November.”